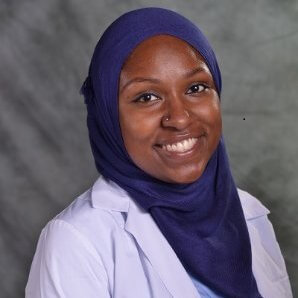 Qadira Ali Huff, MD, MPH is a community pediatrician at a primary care health center owned and operated by Children’s National Health System in Washington, DC. Her clinic serves a majority Medicaid-eligible patient population. She completed her medical education at the University Of Maryland School of Medicine and her Master of Public Health at Johns Hopkins Bloomberg School of Public Health. She is a graduate of pediatrics residency at Children’s National Health System. Dr. Huff holds a number of leadership positions in the area of oral health. She is passionate about health disparities research and action, particularly surrounding the issues of oral health, early childhood development, asthma, environmental health, and social determinants of health. She lives in the Washington, DC-area with her husband and young daughter. Her great passions outside of medicine include international travel, cooking healthy recipes, and crafting. 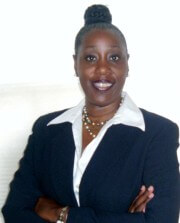 Rochelle is the Sr. Manager Talent Development at Under Armour, Inc.(UA)one of the largest and most progressive athletic footwear and apparel companies in the world. Under Armour is based in Baltimore, MD. At UA, Rochelle serves as a strategic businesspartner for Learning and Development and ChangeManagement supporting their Global Supply Chain organization. In this role she is responsible for creating and implementing leadership development strategies,developing teammatetechnical skills and building the training and talent development infrastructure.She is also responsible for developing and implementing change management strategies to ensure seamlesspeopletransition for the start-up of the new Distribution House in Sparrows Point, MD.Rochelle joined UA from Johns Hopkins University where she served as an Organizational Development Consultant supporting effortsto help key JHU non-profits, i.e. The Bill& MelindaGates Foundation and the Center for Diabetesdevelopstrategic plansfor improved effectiveness.She also served as an Executive Coach to Dept. Chairs and prominent physicians. Rochelle began her career at The Clorox Company, where she held several progressive roles in manufacturing, logistics, and human resources.Rochelle is a former board member of Open Doors, United Way of Harford County, and YWCA of Baltimore City. She is currently a board memberfor Transforming Lives Community Development Corporation (TLCDC)and she serves as the Ministry Leader for the New Psalmist Leadership Development Institute.Rochelle is married to Bryan K. Simmons a Baltimore native and she enjoys running, reading and travelingin her free time. Sheattended Hampton University in Hampton, VA for her Bachelorswhere shestudied Business Management and Marketing. Shereceived her Masters of Science in Organization Development from American Universityin Washington, DC. 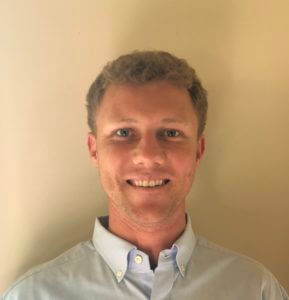 Jason Bisciotti is a partner within his family office who works with his partners in tag-teaming business investments as well as leading his family’s charitable foundation. Jason After obtaining his MBA in Business Administration and Marketing he went to work for a sports and corporate consulting agency in Atlanta, GA. Here, Jason gained valuable experience in an array of fields that has helped him to build a solid foundation of the business world.After some time with the agency, Jason moved back home to Annapolis, MD to explore the humanitarian world where he started volunteering for the Living Classrooms Foundation. He began working for Living Classrooms after about a year and a half of volunteering in different areas within the foundation.In August of 2017 Jason decided to move to his family office to help get that established. While at Living Classrooms Jason discovered his passion—working with the youth of Baltimore to help pay it forward.In the first year of his time at Living Classrooms, Jason worked with the Crossroad’s School not only as a student mentor but also to help implement the yearly achievement program called Leaders Go Places. While with the Leaders Go Places program Jason learned the valuable lesson of inspiring children to put their best foot forward in life in order to reach their fullest potential. After the first year of the Leaders Go Places program, Jason moved to work with older students where he built and managed the first high school program at Living Classrooms, known as the POWER Teens Program. In this program Jason focused on providing the students with important and intangible life lessons such as financial literacy, conflict resolution, communication skills, consistency in daily life situation such as work and school, as well as many other life lessons that help to take students to their fullest potential. Since Jason has moved to his family office he has begun meeting with leaders within the corporate and philanthropic world in order to gain an understanding of the landscape within Baltimore so that he can begin to reposition his family foundation so that it is heading in a new purposeful direction. 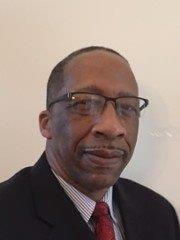 David Jones, Director of Human Resources for Perdue Foods, Salisbury, MD. David has over 34 years of Consumer packaging experience in operations and human resources. He has been employed with Perdue for nearly 14 years. David has been on the boards of United Way, Habitat for Humanity. Currently serves as the Chairman of the Trustee Board at First Baptist in Salisbury, MD. David is married to Betty Jones and they have three sons and six grandchildren. He resides in Delmar, De and his hobbies include, travel, golf and spending time with each of his grandchildren. 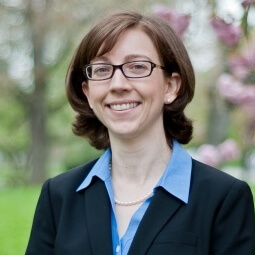 Kelly Medinger is the Executive Director of the Marion I. & Henry J. Knott Foundation, a Catholic family foundation in Baltimore, Maryland. She has over 15 years of experience in the nonprofit sector, including work in private philanthropy, higher education, and fundraising consulting. She credits a lot of her success to having good mentors in her personal and professional life. 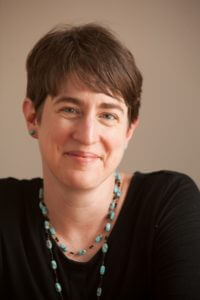 Ellie Mitchell, Director, Maryland Out of School Time (MOST) Network, is dedicated to increasing the quantity and quality of afterschool and summer programs for all young people in Maryland. She received her M.S. in Psychology from the University of Baltimore and B.A. in Theatre from Knox College. In her time as Maryland’s statewide afterschool network lead, Mitchell has overseen the launch of new initiatives focused on STEM and Healthy Behaviors. Mitchell has also served as Afterschool Strategy Project Manager for Baltimore’s Safe and Sound Campaign, Director of Theater for A New Generation at Baltimore’s CenterStage and the Associate Director of the Greater Baltimore Cultural Alliance. 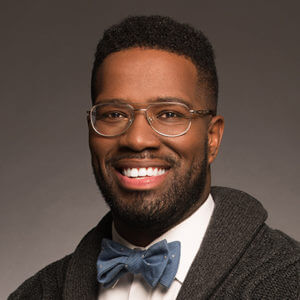 Corey Murphy is a native Baltimorean who seeks to create sustainable change in urban spaces. He graduated from Coppin State University with a Bachelor of Science in Sports Management. As a Ronald E. McNair scholar, Corey became interested in exploring how political, environmental, and social inequities impact the health outcomes of underserved populations. He served as a research assistant at Johns Hopkins Bloomberg School of Public Health, where he delivered interventions aimed to increase physical activity and health literacy among this population.To this end, Corey pursued a Master’s Degree in Public Health at Northeastern University. While in Boston, Corey served as Program Coordinator of the Community Voices program, a summer program designed to expose teens to the concept of health inequities and the impact of advocacy on creating change in their communities. He mentored over 60 teens in the program. As a result of this work, Corey received the Martin Luther King Graduate Fellowship Award at Northeastern University. Prior to joining the Annie E. Casey Foundation, Corey served as the Director of Youth Support at The Inner Harbor Project. In this role, he assisted teens in cultivating and developing their goals by providing academic coaching, emotional support, workforce development, and college preparation. Corey currently serves as a Program Associate on the Baltimore Civic Site team where he oversees the LEARN strategy of the portfolio. His work aims to connect and strengthen the systems that serve children in the education domain; specifically, through mentorship, reconnecting youth to resources, and providing children quality OST programming. All to ensure youth—both connected and disconnected—have equitable access to opportunities that will help them grow and thrive. 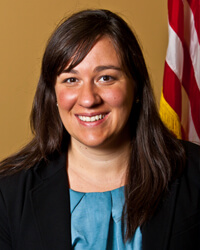 Betsy Tolentino serves as the Executive Director of Pre-Ad judication Services and Reform for the Maryland Department of Juvenile Services. A graduate of Southern Oregon University and Widener University School of Law, Tolentino’s career has focused extensively on criminal and juvenile justice advocacy and policy development. Tolentino’s experience includes representing and advocating for criminal defendants and children in Maryland’s foster care and juvenile justice systems before trial courts, the Maryland General Assembly, and other executives, stakeholders and public policymakers. In her prior role with the Department of Juvenile Services, Betsy managed the Department of Juvenile Services’intergovernmental relations and assists program staff in developing and monitoring programs to meet policy objectives consistent with Maryland law and national best practices. In her current role, Betsy manages the intake, community detention and reform functions for the state juvenile justice system. 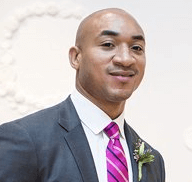 Elijah Wheeler serves as both the Deputy Director and Social Justice Director of the Montgomery County (MD.) Collaboration Council. The Collaboration Council is a local management board which serves as a quasi-non-profit agency charged with identifying issue areas in the County on behalf of children, youth and families and then working with government and other partners to target resources and supports to the community to redress disparities. In his role as Social Justice Director, he is charged with working alongside County partners to ensure the fair and equitable treatment of people of color who interact with various systems and agencies. He has worked on a number of issues including reducing disproportionate minority contact for youth of color who come into contact with the juvenile justice system and policies to spur the reduction of the school to prison pipeline. Elijah also serves in the role as chair for Montgomery County’s My Brother’s Keeper initiative. He is a 2014/15 National Juvenile Justice Network Y.J.L.I. Fellow Alumni and a 2016 Center for Urban Families Public Leadership Institute Fellow Alumni.

In Partnership: Maryland MENTOR and The National Mentoring Partnership (MENTOR)

Over the years, MENTOR: The National Mentoring Partnership has grown a network of Mentoring Partnerships, which includes Maryland MENTOR. This nationwide network provides the leadership and infrastructure necessary to support the expansion of quality mentoring relationships, and serve as the critical link between the mentoring field and MENTOR’s national efforts.

The Mentoring Partnership Network includes more than two dozen affiliates across the country and our national organization is committed to expanding to 50 state coverage.

Maryland MENTOR’s affiliation with MENTOR and the Network gives us direct access to the latest research, trends and resources to share with mentoring programs in our community that help ensure quality program practices that produce positive outcomes.

As part of a national network, Maryland MENTOR benefits from a wealth of shared knowledge. We are able to draw upon the latest innovations and trends from across the country while also informing the field of the unique work happening in our community.

As an affiliate of the Mentoring Partnership Network, Maryland MENTOR collaborates with MENTOR to expand the capacity of quality mentoring programs to serve more kids in need. We’re able to elevate local efforts and have a broader impact.

Maryland MENTOR serves a unique role in our community as a clearinghouse for resources, training, advocacy and awareness campaigns. We drive investments of time and money into these programs by engaging the private, public and nonprofit sectors.

Make an Impact on the Mentoring Movement

Maryland MENTOR is dedicated to quality mentoring experiences for all young people. Yet, 1 in 3 young people still need and could benefit from a caring adult mentor. Your gift helps us close that mentoring gap. Donate today.

Thank you for visiting Maryland MENTOR!